Back to health, eye on Iditarod

On January 9th, I joined some of my fellow idiots *cough cough* winter endurance riders in the Tuscobia 150.  This year it was 160 miles due to some added mileage and a change of headquarters.  The day before in Rochester we got about 3-4 inches of wet heavy snow.  Me, being an owner/landlord/maintenance guy of three rental properties was tasked to remove said snow from 3 different duplexes using the same snowblower.  Because I am tough and invincible I would lift the 150 pound (I looked it up) cumbersome snowblower into the back of my wagon and unload said machine at each property.  In reality I am old and feeble hurting my lower back.  Nothing that caused day to day living to be intolerable, but it was bothering me.

Anyways, back to the start of the race.  We took off from Rice Lake, WI at 6am, intent on getting to Park Falls 80 miles away and then making the trip back.  I could tell my back was not quite right, did some stretching, and sat behind the sizeable front group.  Eventually that group would get down to six I think (Ben Doom, Dan Lockery, Todd McFadden, Ryan Curtis, Myself, ?????), and I having troubles, was still there.  To my surprise,even with a few stops to stretch, add air to a tire, and deciding to slow down so that I would aggravate the back less, I still would catch the lead group.   The checkpoint 45 some miles in was a quick affair and most of us regrouped soon after.  That is when the nasty back spasms started (not good).  This was soon followed by stomach spasms (related, and also not good).  With my pace down to where I could just barely stay upright and my back at a point there was no getting better I decided to pull out of the race as finishing what was now 110 miles of the race would have been a way to severely hurt myself for a long time.  I was fortunate to get a ride with some friends whom had to lift my bike onto their rack as I was not able.  I would find out that with my tweaked lower back cycling was one of the worse things I could do. 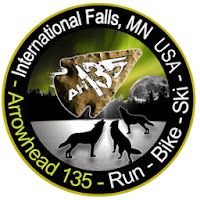 Two weeks, a few chiropractor visits, and tons of daily stretching I found myself on the start line of the famous Arrowhead 135.  A much harder race though a much  more remote area in Northern MN.  The start was fast as Jay Petervary and Will Ross had started a pissing match early on.  My back was still not 100%, tight, but manageable.  The snow was soft and slow going.  I would find myself dealing with my lower back with more standing than normal.


As we eased towards the first checkpoint about 37 miles in, I was feeling better and led the duo of Todd McFadden and Dan Lockery for a long stretch.  Soon after the checkpoint we were joined by Dan Dittmer.  Ben Doom was somewhere between us and the lead duo.  That is when I hurt myself again.  I fell to my side, nothing horrible though.  My knee took the brunt of the impact and smarted, but my already tender back got tweaked once again.  Once again I found myself barely able to pedal because of my back.  Once again I was forced with the realization that I was not to finish the race.  Once again I found a friend that would load my bike for me and give me a ride.  I lost 40 minutes to Dan in roughly 10 miles because of my back.

Once again I would go to the chiropractor, and despite making my back alignment right, I was still in a lot of pain.  I booked an hour long appointment with his partner that does massage, not typical massage though.  Almost like a physical therapy session and massage combo.  He told me he would be working through my stomach on the Psoas muscle most of the time.  That one hour session did a lot more for me than two weeks of targeted stretching.  I am not perfect, but so close to it I feel confident for Iditarod. 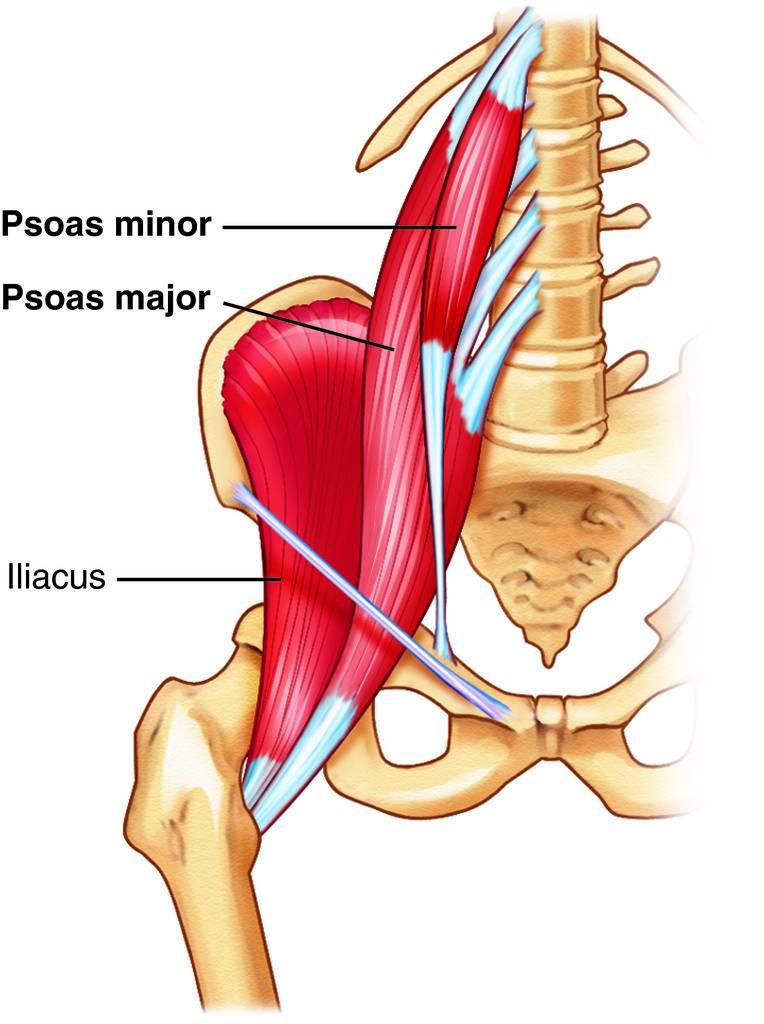 I have been taking easy since Arrowhead, but rode for 4 hours last night.  Close to an hour of TT'ing to Gamehaven to ride the now groomed trails with friends.  Rode well, TT'ed it back.  Best I have felt since injuring my back.  I am riding tons stronger now than either of those races, which puts me at ease.  Amazing what messing up your lower back can do.

that was so fascinating

I recently went through a lot of back issues as well. It was wreaking havoc on my life, causing spasms all over my body. Everything really is connected in our bodies. One out of whack thing can throw everything else out of alignment. Getting those Chiropractic massages hurt so good! LOL! I really don't know what my quality of life would be like without my Chiropractor.

Nice article, thanks for the information. You give me some idea's. I will share it to my love ones and friends.thnaks

Look at these Securities Lawyer

I have no words for this great post such a awe-some information i got gathered. Thanks to Author.

Thank you for giving me hours of enjoyment! Your blogs are interesting, beautiful and exciting.

That looks like a fun trip! It looks very cold as well. I once rode my bike in the snow and experienced something similar. After heat was applied to my back, I started to feel somewhat better. Hot stones work wonders with injuries like this, as they are placed on the back in one spot.


Wait till you see Securities Attorney


Very best articles, I happy to read it, Beautiful nice and useful! Thank you very much.

isn't hard to bike in snow? I would love try this one next time
Time to check Rogue Jets Aluminum Boats

nisnasscode said...
This comment has been removed by the author.
6:10 AM