If this year were a triathlon, Proto and I would be heading into T1.  The snow is melting off, dirt is taking over.  Now I just need to get Proto out of the wetsuit. 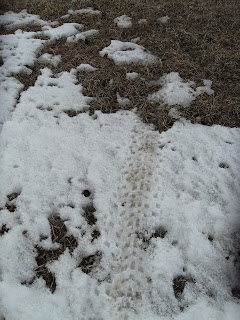 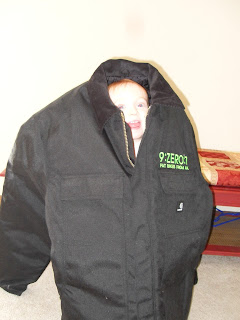 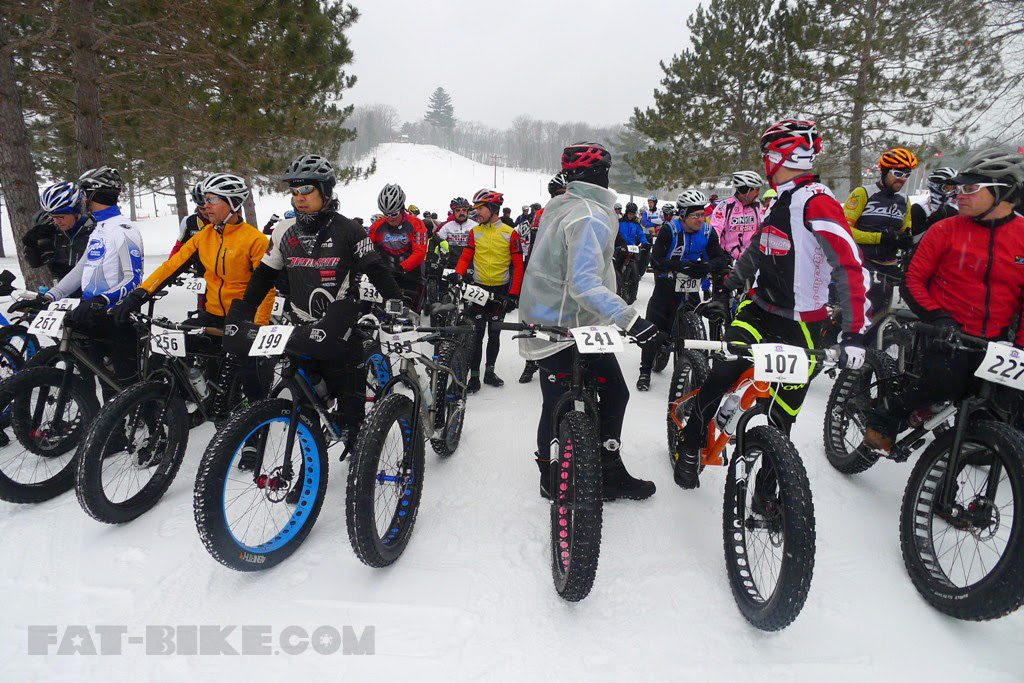 Image stolen from fat-bike.com.  I am number 241 hiding in the picture, I removed my outer jacket before the start.

Anywho, this last weekend was the Fat Bike Birkie race up in Cable, WI.  I was conflicted about the race because I didn't know how stoked I was ride ski trails.  However, the race was a blast, well organized, and well supported by the community.  That is to say, a lot of people were out cheering.  I am not sure if there is a flat section on this trail and many sections were roller coaster fun.

My race was not all that impressive.  I had been hacking lung butter up the week before hand, and my warm up with Meiser and Horkey from Salsa (just kinda happened) gave me the impression it was not going to be a good day in the saddle as I couldn't catch my breath.  Of note, the three of us were all on Prototypes.  How cool were we.  I was on Proto, Horkey was on the carbon bike marked "Proto" (copycat), and Meiser was on some unmarked brushed alloy frame with the original unreleased double holed rolling darryls.

Anyways, within a mile I found myself already throttling back the effort as not to go all asthma attacky (yes I did have on the cold avenger).  I hovered around 20th as I would start to push the effort and then be forced to back it way down.  Just after the halfway point I had to stop a few times just to catch my breath.  I just shut down my race mentality after that, stopped to chat with Greg (a recent Rochester to Hayward transplant) at a rest stop, turned into Diana McFadden's rolling motivational coach, and stopped to pick up a few dropped bottles.  Well I ended up with around 50th I think.   My pep talk was not enough for "Todd's Wife" to move one spot up into first.  The winner Jake killed it.

This race was much more fun than I expected, I got to catch up with a lot of friends, and a visit to Cable is always a lot of fun.  I didn't stick around for the after party so I could head home quickly to be with the family.

Well, now I am hitting up my steroidal inhaler daily to strengthen the lungs as I have been woke up almost every night for a few hours coughing up crap.  I really should have done this before the race, but I am not that smart.
Posted by Charly Tri at 8:00 AM No comments:

Clicky, clicky.
Posted by Charly Tri at 1:27 PM No comments:

Looks like the guys at fat-bike.com love me as I got all linked up again on their site.

I am taking the Jo Mama brand global y'all.  Look for my face on billboards, my name on the backsides of womens' trackpants, and my new hit album with Justin Beiber.
Posted by Charly Tri at 8:45 AM 2 comments:

So lately Proto has been whining about us not getting out enough together (you know how a spouse can get), so I set up a fun overnightfor the two of us.

Here is Proto, all dolled up. 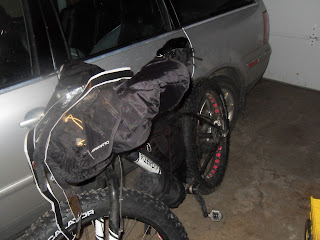 Proto kept asking, but I would not say where we were headed. 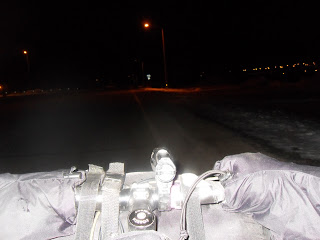 I could just tell Proto was having fun now. 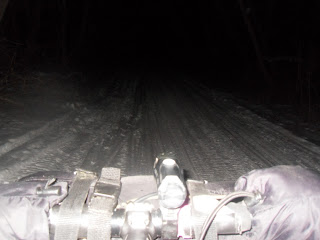 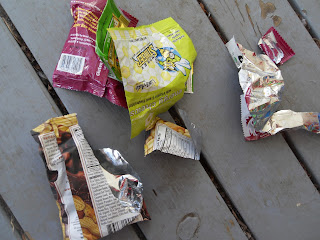 We gazed at the sky 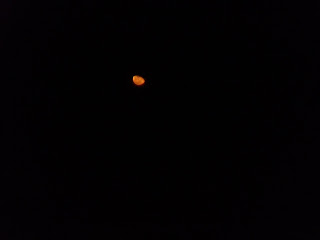 After several hours of fun, we settled down for the night.  Temps got around 5 for the low that night. No, I didn't wear the mask all night, and no, I was actually really warm in my bag.  Sleeping pad will be changed however. 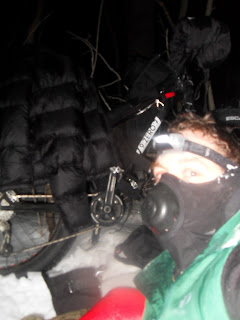 Around 5pm I woke a second time from either a coyote of wolf howling and could not get back to bed so off Proto and I went to finish our adventure.  Came across this frosted tree and couldn't help take a picture.  Yeah, it is not all artsy, but I took several pictures with my "ok" camera to get this beauty.  It was around 5 degrees at this point still. 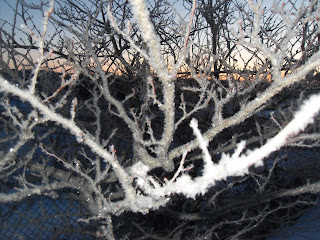 Proto is now happy with me, well at least until I get myself in the doghouse again.