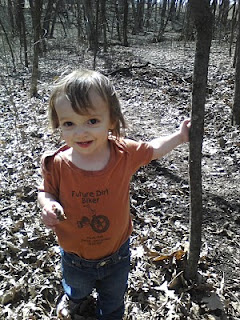 Eastwood trails are looking great thanks to many people chipping in with cleaning them up. Special shout out to this little girl who pushed back her nap in order to make time to work on the trail.
Posted by Charly Tri at 2:03 PM 2 comments:

Carbon this, carbon that. 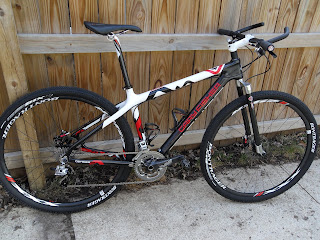 So on the mountain bike side I am very spoiled this year. This Gary Fisher Superfly is all decked out in Bontrager and Sram parts. I have a nice new Reba to throw on this (controlled by my Cane Creek headset), but can you believe this is not the bike I am most excited about this year?

The first ride is today. This will be the bike attempting to defend last year's Ragnarok win and conquer my Transiowa demons (thus the rigid fork). The bull horns are attached just inside the grips and are just an experiment at the moment. Tires will be swapped out for the race as well.

I have to remind myself that the cross bike fell on it's sword to help make this possible along with the support from the Gary Fisher 29er Crew. I have been on 2 group road rides this year on the well worn "heavy" winter bike.

Group rides on the mountain bike sure made things interesting this last weekend in WI when I attended the "Drop the Doc" ride in Dousman. Two hard hours with the group, one hour mostly at the front with another rider on the way to "Transition", and an hour back to Dousman. That last hour was spent eating and riding slower as the lack of calories had their way of making themselves apparent. Four hours of tough.

I think I am riding well, but time will tell. One thing I do know is you are being extremely unproductive at a time that you are being paid to work.
Posted by Charly Tri at 9:23 AM 4 comments: 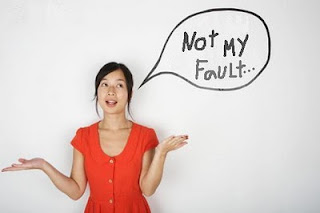 I am a conservative.

My main belief that draws me to the conservative side is this, personal responsibility:

Health Care. Insurance company this, bloated pharmaceutical companies that. WHAT ABOUT GETTING PEOPLE OFF THEIR LARGE BUTTS? When do we focus on people being responsible for getting themselves so out of shape with such large health problems? We as a people are getting fatter and fatter, but let's ignore that.

Credit card debt. Those bastards at the credit card companies forced everyone into racking up debt and now they want people to pay for it? Yep, not your fault you overspend, it is their's. We need to clamp down on those cards and figure out how to force those companies to reduce it.
.
Education. Sure there are bad teachers and schools, but even more bad parents. You don't need a degree to become a parent. It used to be that kids would respect the teacher because their parents told them to. Now it is often the parent and kid vs. the teacher. "My kid isn't doing well in your class, what did YOU do to cause this." No, it is not the fact that your kid never turns in work and is more interested in his future pro sports career that you promote. It is the teacher's fault. And yes, the teacher is singling your kid out and picking on him. That is exactly what teachers do. Very few kids are read to anymore, parents no longer take a vested interest in their education. That is why they send them school isn't it, so the parents don't have to teach them anything?

Mortgage crisis. Yeah, some people got into bad loans. But really why are many people in over their heads? Greed. I want bigger, I want better, I want to go right up to the limits of what I can afford at this time. Yeah, yeah I could spend a little less, but then my house wouldn't be as big or new now wouldn't it?

That is what our society has become. No personal responsibility. THIS ARTICLE is what set me off. Here is a direct quote from a new Government plan to reduce mortgages amounts, "Some people simply will not be able to afford to stay in their homes because they bought more than they could afford". I say let them sell their house and downsize, but nope, it will now be all of our problems because that is not the "real issue".

Sorry about the non bike related rant, but IT IS NOT MY FAULT! Give me awhile and I'll figure out who's fault it is.
Posted by Charly Tri at 9:28 AM 19 comments:

It's been awhile since I actually shown pics from a ride, so here are some recent ones. This is from multiple rides.


Found a good snowmobile for the cabin, just needs a little TLC. 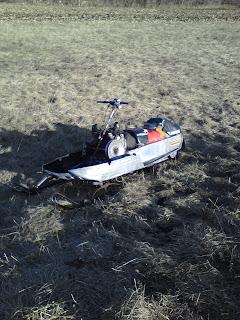 My "candid" Kerkove shot. It totally caught me off guard. 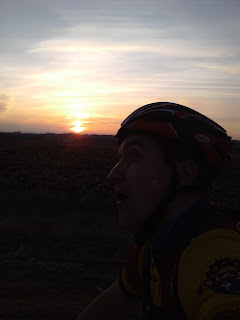 Trying to get home before it get's too cold or dark as I roll out of Millville. Found a cool new trail to explore right before this, but water and time were not on my side. My favorite was the discussion I had with the 4 wheeling couple.

Went something like this:
Me: Where does this trail go?
Husband: Dumps out about 6 miles that way.
Me: Oh, I don't have time for that, it is getting dark and I have to get back to Rochester.
Husband: Well, where are you parked?
Me: Uh, Rochester.
Wife: Aha, ha, ha, ha. (as in that flamer on the bike is screwed). 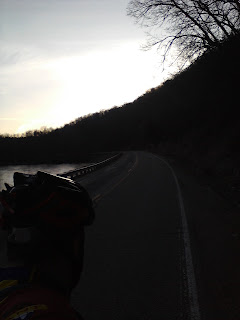 Not sure if you can tell, but there is a tractor up there. I went on to pass him up like Paris Hilton passes up intelligent thought. 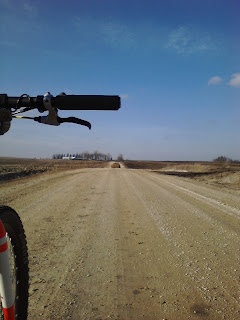 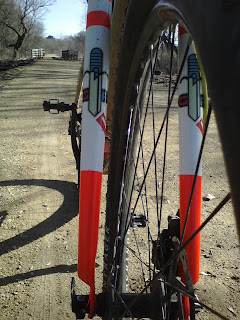 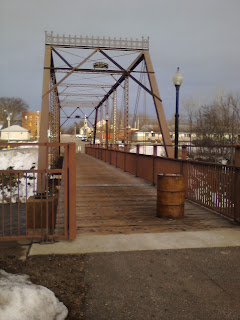 J-No and I doing our Kerkove shots. Just another "Break the Four Horsemen" ride. 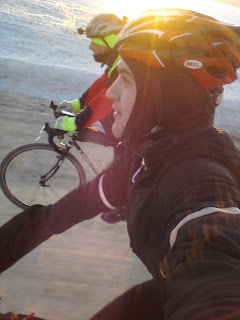 Secret training involves secret locations. I think I got about 1/2 of the windmills in the picture. Really neat in a "good for you, but I am not putting all those on my property" way. 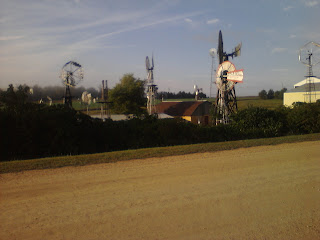 I no longer own a cross bike. No road bike. Only Gary Fisher mountain bikes. But man, do I own 3 mountain bikes. Except for the Gary Fisher Rig, all are under different states of assembly, but man. It is ridiculous. Carbon this, carbon that. Lots of Superfly stuff. I am intimidated.

Think in the terms of this X-Box controller. Neat, excessive, but wow. 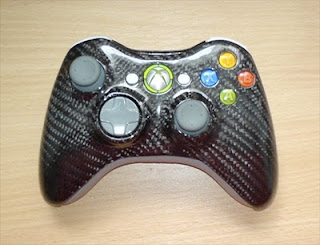 Real pics to come, but even sooner your boss will be coming around. Get back to work. I am off to the cabin with "Pa" for man time and forest road bike domination.
Posted by Charly Tri at 8:57 AM 1 comment:

Look for me on Wheaties boxes next! 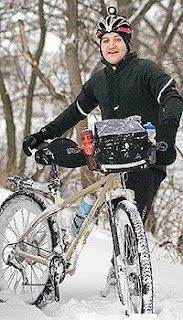 I swear I am not out for attention, but the people at the paper must love me. I have never sought out to be in an article, they find me. This is the third time I am in there in 2 months. I don't think this made the front page though. It is somewhere in the sports section. Link Here

I knew after talking to that guy there was going to be several screw ups. He isn't exactly a Dan Gaz now is he? Dan, he is sooo dreamy.