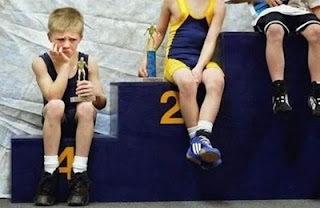 So J-No and I headed up to International Falls on Saturday, checked in Sunday and got to hang with some fellow racers before hand. Pretty much everyone doing this race has experience that allowed them to be more relaxed than you would typically see before a big event like this.

Jason and I headed over to the start Monday morning, him on his fatbike, me on my plump Gary Fisher (47mm wide rime, wide tires). It was dark still and dozens of bikes lined the outside of the warming house. I took a hit off my wife's albuterol inhaler as my lungs have not seemed 100% and I was worried about them for the race. Got to talk to several familiar faces and off we went at 7am. The -15 degree temps dipped down to -22ish before crawling back up. The pace on the front was fast (I'm told), and I had no intention of trying to match their pace as my only goal was to ride steady and finish the race. I followed about 100 yards back with the rest of the field a fair bit behind me. After about an hour we actually got on to the Arrowhead trail and the once perfectly straight trail finally had some turns. I rode for awhile trading places with another rider as we went about the same speed, but we both kept stopping to make small changes to our set ups.

As I kept along I came across Charlie Farrow (XRC wannabe member), Chris Plesko (great divide single speed record holder), then finally Josh Peterson (Deathrider). I rolled into the Gateway store after almost 4 hours feeling alright, chugged a Gatorade for good measure, hit the inhaler again just in case, and got on my way. I think I may have "passed" a couple of riders that spent a little longer at the store. About an hour after Gateway I started to have trouble with my breathing.

My breathing became very shallow and rapid with deep breaths impossible. I had been keeping a steady pace of 10-11mph on the flats and about 6mph on the hills. Well, now I was reduced to walking all the hills and struggling to go 6mph on the flats despite trying the inhaler again. I became very weak and dizzy. My calorie and water intake had been fine, but I took more in for good measure. I was still warm, not worried about the cold (except some problems I had been having with my feet). I spent a little over an hour like this and realized that my race was done. Even if I could get my breath back, I could not risk being in the middle of nowhere at 3am and having the same problems. I met Jerry, Dave Grey's dad, at sheepranch road and he gave me a ride to Melgeorge's where I had a hacking cough for an hour when my lungs got warm air in them. It was cool to see the top 15 or so guys come and go, but I wish I was there with them.

I am very frustrated with the end result of my race. I felt like I spent many, many hours trying to figure out how to best handle gear, the overall cost was much higher than I initially expected, I had back ups for all emergencies (I thought), and set a pace that was well within myself. it is hard to see any positives that came out of this for myself. Now the fitness that I have needs to be built upon for the summer.

I do want to note that Jason did awesome. He finished in 26:22 after spending part of the night in his bivy with some fellow racers. Look for a guest blog post from him soon. Also, Dan Dittmer rocked out a top 5 finish in his first attempt of the race. That guy is a machine! I look forward to getting his autograph soon.

So now I am trying to figure out to smoothest way to get into the clinic to get checked out. I have put off my breathing problems long enough.

I see I commented too early on the inhaler. You clearly had that in hand and it didn't deal with the issue. Sorry things didn't work out.

Dude, Take it from someone that has suffered from asthma for years. You want to get it checked out. I'm on what I call the trifecta. Albuteral (actually it isn't albuteral anymore thanks to the tree huggers) for emergencies, Advair for my roid hit, and singular to knock that wheezzzz out. I rarely have to use Albuteral anymore. The other thing that I think may help, it sounds nutty, big doses of fish oil.

Clarification: I was the only one in my bivy. There were others there, but they had their own bivy's.

As for gettting an appointment, I'd start with your primary care provider. They can get you what you need, tests ordered, and referrals made as needed.

sorry to hear about your race. I've had a bit of a cough this winter that seems to be worse on days I ride to work and also worse on colder days. Maybe all the cold weather training didn't agree with your pipes.