2015 Iditarod Recap Part 3 of 3: They shoot animals in this much pain.

As we left Rohn, the winds whipped violently in our favor, but after a few icy crossings the hills were now destroying my moral.  I would watch Ben climb many of them seated, while I was forced to push.  Eventually the hills became more rolling and I was able to get into a rhythm out of the saddle.  Despite my best efforts, my rear end was still extremely painful and not wanting to numb up.

So for about 25 miles we rode through into night across the much improved section of the burn (thanks Iditarod Dog Sled organizers for the hard summer trail work).  We would be one of many confused by a haphazard creek crossing that forced us to seemingly double back past huge tents occupied by buffalo or moose hunters sleeping.  Ben and I treaded quietly as they had guns and potentially high blood alcohol content as they slept in the wee morning hours.

Ben would soon complain of not being able to stay on the trail and needing to bivy.  Me, being the wonderful person I am, cracked open the Red Bull I had been carrying since the start and handed it too him.  And you want to know what he did 15 minutes after chugging it?  He bivied anyways with his tummy full of MY Red Bull.  Thanks Obama.

So on I went by myself, up and down the rollers with the knowledge that Ben's body could be found 30 miles past Rohn.  I left Ben around 4:45am and by 5:15am I was battling my own sleep demons.  Often when I would be forced to push up a climb I would take 20 seconds just to drape my now ever increasing beat down body across my handlebars and close my eyes.  Standing relentlessly had been wearing me down far quicker than if I had the ability to sit and even rest while on the bike, but I was intent to push through this low.

The sun would finally come up, and with 25 miles left to Nicolai (about 60 since leaving Rohn) my body went into a progressively quicker downward spiral.  The good news is the terrain is pretty much flat here and I got to see possibly the largest moose in existence, the bad is I now entered what has been dubbed Tussock Hell.  Tussocks are pockets of super tough grass (*corrected by Heather Best) and end up looking like a field of mini Cousin Its.  Last year before being fixed they threatened us all through the burn (the 40 miles or so after Rohn) as we flew down hills, but had been filled in with snow during this stretch making the little mounds tolerable.  Now the Tussocks were void of snow, and nasty.  Standing was how people got through much of them, pushing was how they got through the rest.  For a guy that had already been standing for the last 100 miles, I mainly pushed.

Last year I reached a new physical low as I rolled into McGrath.  This year that feeling was trounced by my march of death into Nicolai.  I was beyond spent.  My calves ached from the excessive strain, my body reaching a point of exhaustion it had never even considered before.  My ride pace was never that slow because it is hard to go slow when standing in a big gear, but I needed frequent stops.  Each stop I was sure my calves would lock up for good when my feet hit the ground.  With 15 miles left I was not able to keep the bike on the trail as I was turning incoherent, so I threw on my down jacket, leaned my bike on a tree, and the used the top tube and tree as a standing bed.  I slept for maybe 5 minutes, dreaming some wild dreams in the process.  I forgot the dreams pretty much right away, but I do remember they were pretty nuts.

The rest was not enough to recharge me, but enough mentally able to keep my bike on the trail.  So with that I kept pushing onwards, stopping frequently, in a new pain I never felt before, exhausted beyond exhausted.  I would meet and speak gibberish to the Erik Parson's group that was headed South touring the trial.  Once on the river by Nicolai you know it is about a mile to the Petruska's.  I walked 3 times in that span.

When I got to the last checkpoint at about 1pm, I plopped down at the table; quickly consuming a helping of lasagna, coke, several cookies, and Ibuprofen.  Then I went to lay down, only getting up when I realized I was in too much misery to sleep and Ben had now arrived.  He seemed a little shocked to see how destroyed I was.  In all reality I had no idea how I could complete the last 50 miles to McGrath, figuring I would at a minimum I would be there through the night recovering.  I asked Stephanie questions like "When do they fly to Anchorage from here?" and "How much is the ticket?".  I was not planning on quitting, but at that moment I didn't see light at the end of the tunnel.  More Neosporin application and rest.

Ben would leave, and I would sit on the couch.  I didn't realize it at the time, but my mood improved and I was soon joking with everyone, including my new "sister".  About 40 minutes after Ben left in came Jeff Oatley (heading to Nome), Heather Best (Jeff's wife and on pace to set another women's course record), and Phil Hofstetter (heading to Nome).  They would head to the table and I would join them in another meal.

With my mood improved, the realization of a few hours of sun left, my body feeling a bit better, and a chance to ride with others had me getting ready to go.  I followed the group about 5 minutes after they left with one less chamois (I had started with 2 on) thinking the different chamois may rub differently.  Soon I would catch them and latch on like a bad tick for the rest of the ride.

It was great having the mental distraction of ride mates, and Heather and Jeff are always fun to talk with.  Even better between the Neosporin treatments and different chamois I could sit most of the time!  What a feeling!!!!!!  My legs actually felt fresh because I was using muscles not fired for over 24 hours.  I felt like I could ride ahead, but really enjoyed the comfort of the group and was worried about another implosion.  So in we rolled together as a group, only 9 minutes behind Ben; who was surprised to see me.  I would be tied for the 7th person into McGrath, 6th person in the 350 race.  It was not the result I was looking for, but I put forth the effort I wanted.  Hell, I stood for about 1/3 of the course, so things had not gone ideally.  That is ultra racing though.  Crap is sure to happen.

So I finished about 10 pm Tuesday night.  I decided not to fly out quickly on Wednesday, intent on catching the the flight on Thursday.  Well, that was booked with some type of basketball tourney taking up all the seats, so we would have to wait until Friday.  I would spend more time in McGrath then in the race.  Now, that is not a bad thing, but there is not a lot in McGrath, and that may be an understatement.  However, it gave me a great opportunity to hang out with some great people and really get to know them better.  Also, we started the initial chapter of the "Ride or Die" clan (things seem funnier when you are wiped).  Ben, Joe Stiller, Toni Lund, Tracy Petervary, and I are now the founding members of "Ride or Die".  This is pretty much an exclusive club for people who have tackled the Iditarod trail.  In general on the trail, you either ride or die, sooooooooo.

As for my backside?  I woke the morning after finishing sure that the moisture on my back end was blood (been there done that), but when I went to clean it up I realized instead it was a puss like substance.  Best to my guess I had some type of reaction with the Chamois Butt's back at Winterlake Lodge and that was the source of my biggest problem on the trail.  My rear end seemed to clear up much quicker than last year, again, telling me it was more than just saddle sores.

I had some amazing times during my trip, I also reached a new absolute low, and left everything on the trail.  Such an amazing experience.  There is not one person to thank for helping make this race possible, but tons.  Kathi Merchant did a great job.  The volunteers and checkpoints all had their different flavors that created one amazing experience, and I thank them all for their effort.

A trip of a lifetime for a second time, just amazing. 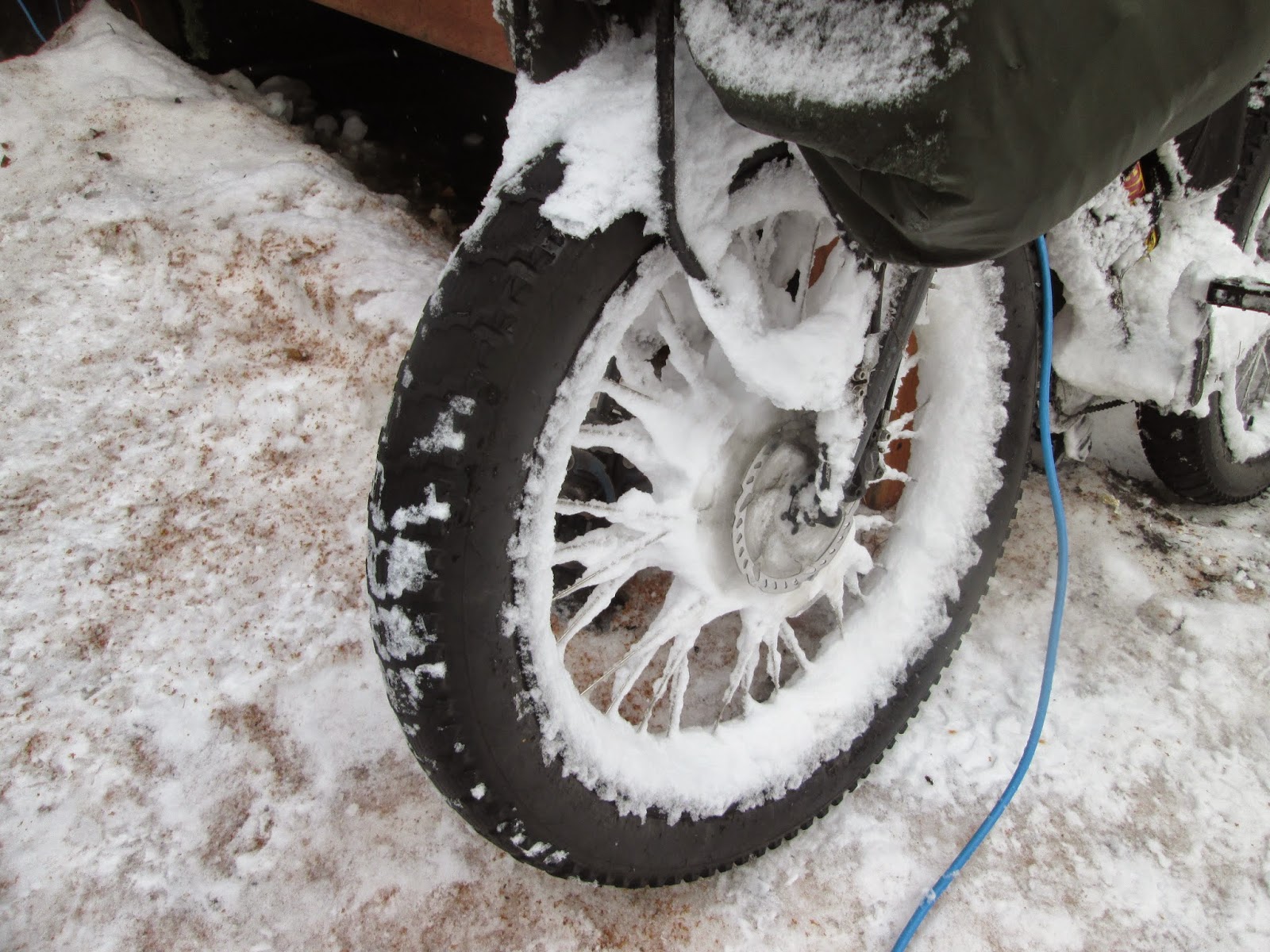 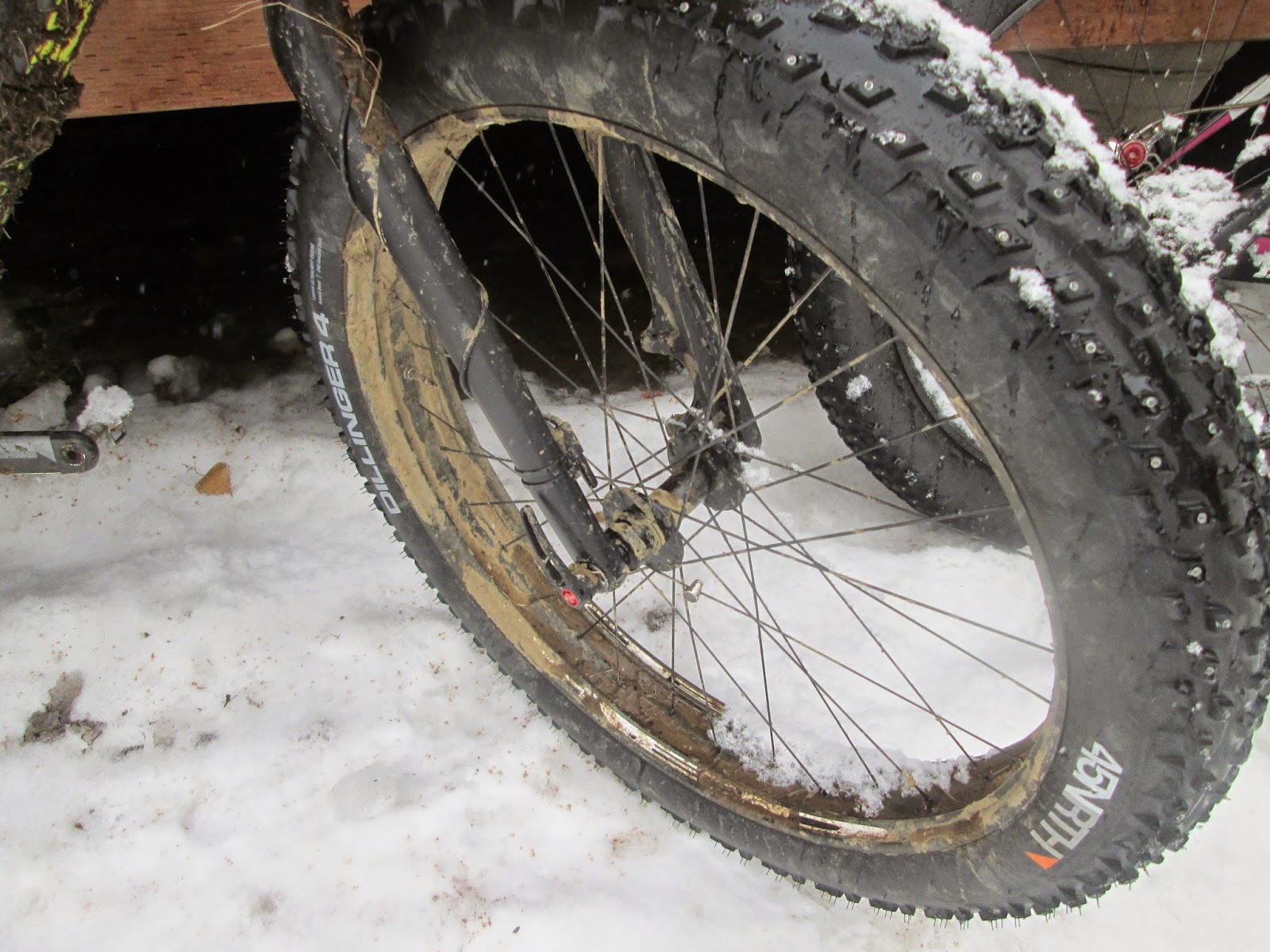 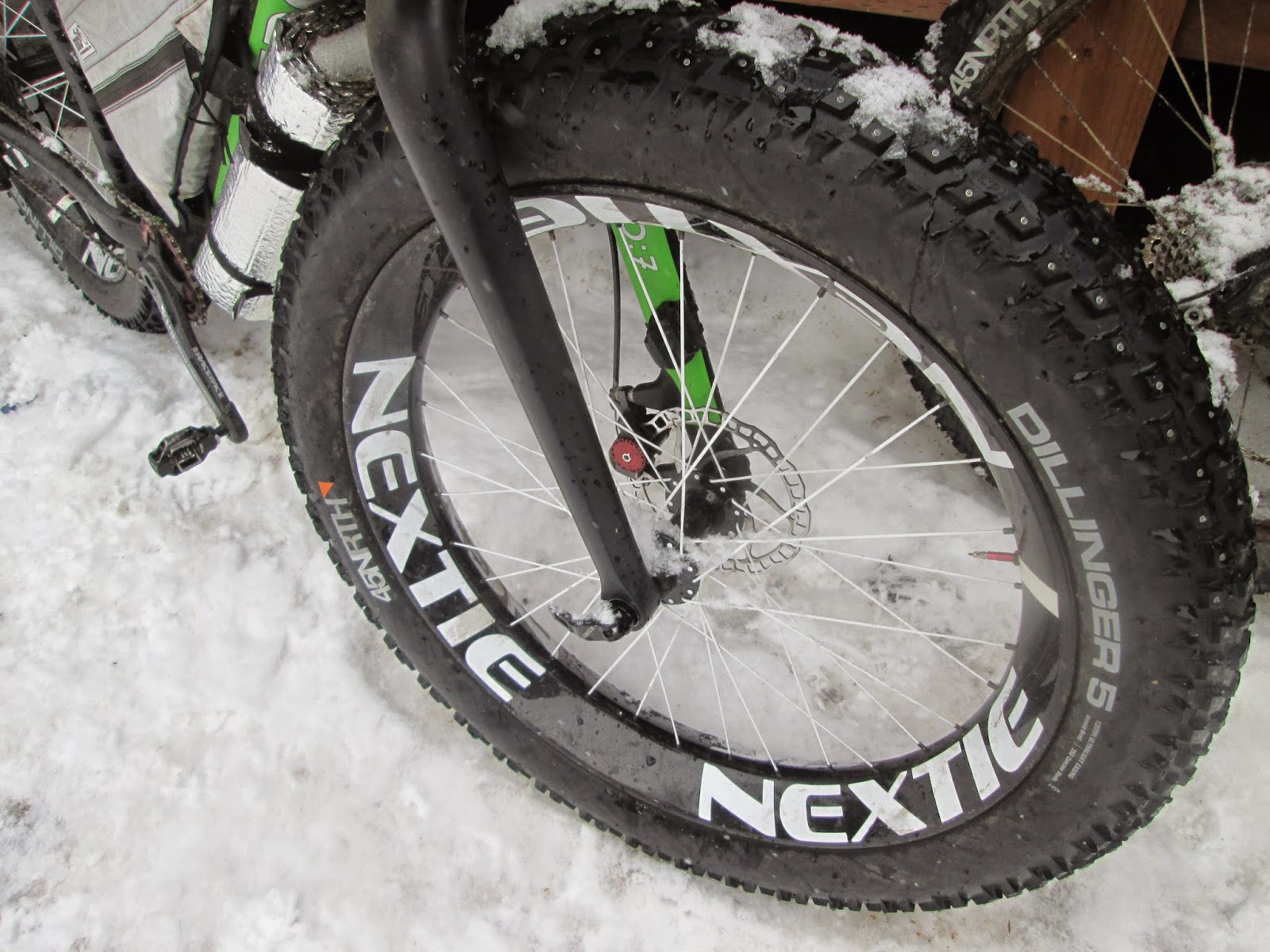 Gleaso said...
This comment has been removed by the author.
9:53 PM

Loved your story, remembering it all over again Charly, RIDE OR DIE ! JOE STILLER

A nice story written by you admin. Very Inspirational story that was. thank you so much.