As the attendees for the Summit gathered, it was evident that the sheer intelligence and physical prowess of J-No and I, as the XRC representatives, scared the members of the DBD. Instead of showing, the DBD sent representative and honorary member Dave "The Legend" Pramann. Cory "Corky" Gross would act as mediator during the talks.

At around the 5 degree and 5:30pm mark our ambitious riders left "The Cabin" in Cable, WI. On snowmobile trails they toiled, headed to the secret meeting location.

A picture of the writer after about 2 hours of riding. 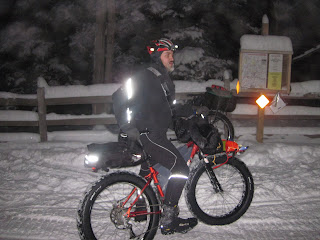 The group testing the peace pipes at a rest stop. 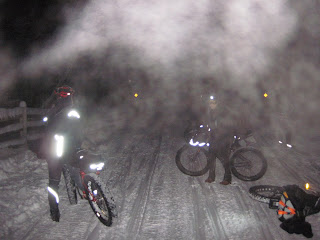 Drudging through deep powder to reach the location for the talks. 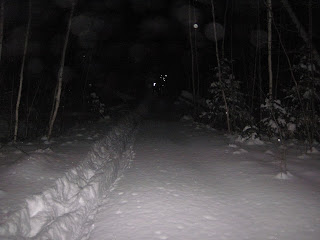 Corky's shovel came in handy as we cleared a camp. More peace pipe over the fire. 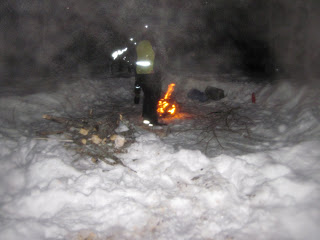 The Legend contemplates why the DBD was so fearful of the XRC and why they sent him alone. This was also the moment the XRC demanded to know why the DBD did not show. His head hung low, The Legend had no answer. 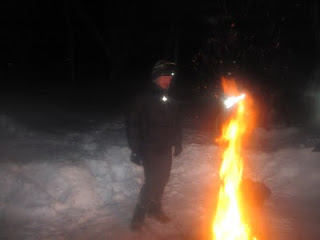 Morning and a nice view of the secret lake. The low for the night would hover around 0 degrees. 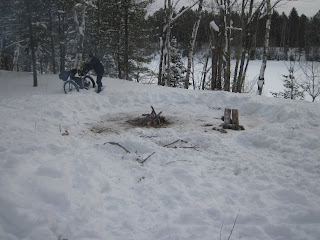 Toiling our way back home as DBD members curled up with their coffee at home, waiting to hear what happened. 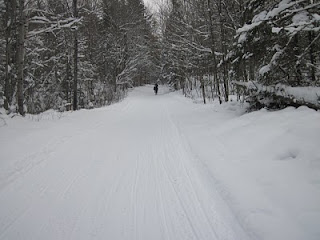 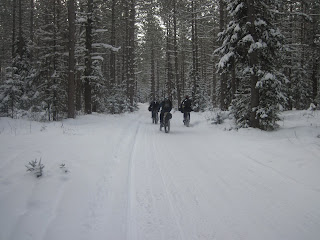 J-No stares down the DBD through the Internet. You better watch it DBD, he's watching! 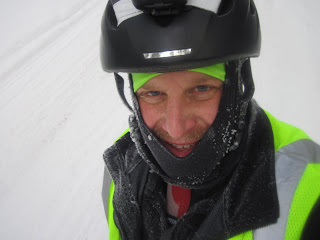 Out of frustration in the DBD's lack of participation, Corky decided to not be pictured here. 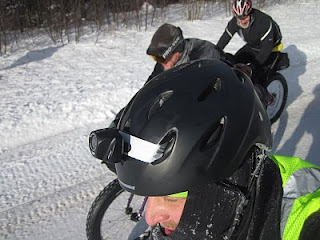 Well, the summit was a good start to peace, but there will need to be further meetings obviously. Our ride would start on Saturday at around 5 degrees, and then end Sunday at around 5 degrees. The night would great us with temps near 0. Many hours of trail riding were done before and after the meeting and everyone slept warm under the stars.

Special thanks to J-No for the pics, and my wife for being the greatest for letting me do stupid things like this. Did I mention that not only is Becky smoking hot, but she had a delicious shrimp chowder waiting for me when I got home? Oh, and she pounded out an 8 mile run this morning, at 5am, in 2 inches of fresh snow.

This is only the start to future plans...
Posted by Charly Tri at 8:45 AM